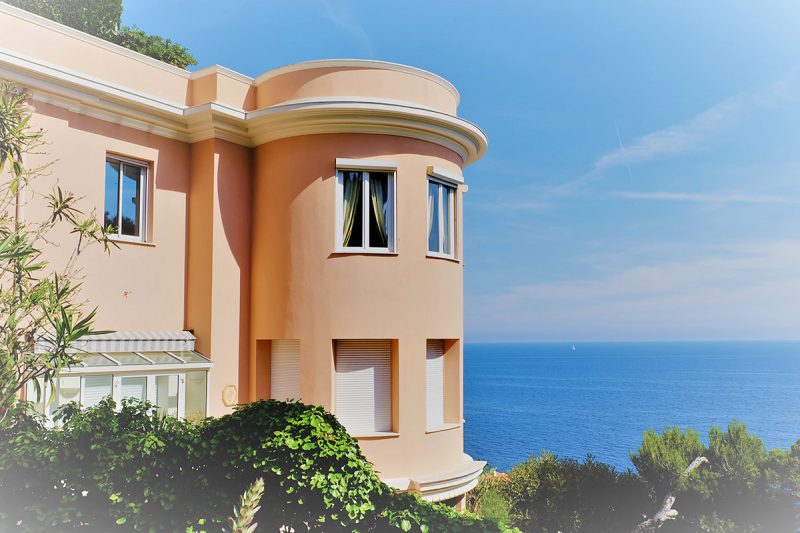 French tax residents within the meaning of article 4 B of the CGI (General Tax Code), whose taxable assets in respect of the solidarity tax on wealth, were greater than 1.3 million euros, were liable to pay tax to the ISF.

As their tax obligations are unlimited, they were liable for this tax both on their property held in France and abroad (real estate, shares of real estate companies (SCI), company rights, movable property, liquidity …), as provided under former article 885 A of the CGI, since repealed.

Non-French tax residents within the meaning of article 4 B of the CGI whose taxable assets in respect of the solidarity tax on wealth were greater than 1.3 million euros were liable to the ISF, but only with respect to the property and rights mentioned above and located in France, they were therefore subject to a limited tax liability.

The tax base initially provided for the ISF was codified in Section II of articles 885 D and followingof the CGI, which provided that: “The solidarity tax on net wealth shall be calculated, and tax bases declared, in accordance with the same rules and pursuant to the same sanctions as death transfer duties, subject to the special provisions of this chapter. »

This provision, which sets out the general principle and for which exemptions were set out in the following articles, was repealed with effect from 1January 2018. This article, which had a very wide scope, as indicated above (built or undeveloped real estate, social rights, liquidity, securities, movable property etc.) has had a very limited scope since, the reform of the ISF became IFI, the basis for calculation of this tax has a narrower scope since the prevailing legislative provisions are very precise.

Indeed, article 965 of the prevailing CGI provides that the following assets will only be taxable under the IFI, as mentioned in paragraph 10 of the BOFIP (BOI-PAT-IFI-20-20180608, published on June 8 2018):

Certain units or shares are, however, excluded from the IFI’s base due in particular to the percentage of the debtor’s investment in these companies or organisations.
If the scope of the IFI’s taxable base has been restricted with respect to the scope of application for the ISF’s tax base, in order to only tax real estate and not movable and immovable assets and could therefore be conceived as a “kind of privilege” granted to taxpayers taxed on their assets.
However, this reform has not been well received by most, particularly due to its provisions on deductible liabilities.

If under the ISF, the deduction scheme for debts was quite simple, indeed it would be sufficient that all provisions contained in article 768 of the CGI are fulfilled, namely:

These conditions have been clearly and precisely drafted in accordance with the administrative doctrine set out in the BOFIP (BOI-PAT-ISF-30-60-10-20150812 ).

The only clarification that the administrative doctrine provided with respect to mortgages that are deductible from the ISF was indicated in paragraph 120 of the BOFIP referred to above, it was stated as follows:
If a building is acquired by means of a loan, the following shall be deductible under the solidarity tax on wealth:

The same rules were applicable to real estate bridging loans.
If the loan was indexed, any outstanding capital was calculated taking into account the index as of January 1 of the fiscal year.
Therefore the debts could only be deductible in the event that they satisfy the 3 conditions provided for in article 768 of the CGI. The only exception to this principle was set out in Article 885 G (c) of the French Tax Code which states that: Debts contracted by the debtor for the acquisition of, or for acquiring an interest in property which his not taken into account to calculate the taxable base for the solidarity tax on wealth owed by the taxpayer in question, or who are exempt, are not imputable to the value of the taxable property. Where appropriate, they shall be taxable up to the fraction of the value of those assets which are not exempt.

This exception was easily understandable and was evidence of a form of logic, since if an asset falls outside the scope of the ISF tax base, it would be inconsistent to be able to deduct debts having no connection with the aforementioned tax.
As a result, under the former ISF scheme, if an individual had opted for an “in-fine” loan to finance the acquisition of real estate, it could be fully deductible as long as the repayment of that loan had not occurred. A very common practice thus consisted of acquiring real estate through an “in fine” loan, the amount of this loan was therefore deductible for the entire capital not yet repaid, subject to the other clarifications set out in paragraph 120 of the BOFIP , set out above.
The administrative doctrine defines “in fine” loan agreements as “loans providing for the repayment of all capital at the end of the loan agreement entered into for the purchase of a property or real estate rights” (BOI-PAT-IFI -20-40-20-20180608) .
The IFI taxpayer could therefore deduct all outstanding capital (often it was the initial amount of the loan, as in the context of the “in fine” loans, capital is not refunded until the term), it was thus more advantageous for an ISF taxpayer to finance its real estate acquisitions through “in fine” loans rather than through a so-called conventional loan (repaid each year), the deductible amount of which decreased annually.

The legislator wanted to put an end to this practice by completely amending the deductible liability regime. Thus, it drafted a section IV entitled “deductible liabilities” in the General Tax Code. Thus, as of 1 January 2018, an article 974 was inserted into the CGI, as stipulated in article 31 (V) of Law No. 2017-1837 dated 30 December 2017 , which specifies, in detail, the terms relating to the liability deductible from the tax on real estate wealth.

Taxpayers are no longer faced with a general tax regime, as provided for in article 768 of the French Tax Code, but are subject to a detailed law stating that only debts meeting the following conditions shall be deductible:

These conditions form the basis of developments set out in the administrative doctrine, for more details, we refer you to the BOI-PAT-IFI-20-40-10-20180608 .

If part I of article 974 of the CGI sets out the conditions that we have just specified, part II of this same article now provides for the amortisation of “in fine” loans.

If such a regime had never been triggered under the former ISF regime and could give rise to abuses, it is now expressly provided in: “part II.- The debts mentioned in part I corresponding to loans providing for the repayment of capital at the term of the contract entered into for the purchase of a property or taxable real estate interest are deductible each year for the total amount of the loan less a sum equal to the same amount multiplied by the number of years since the loan was advanced and divided by the total number of years of the loan.

The debts mentioned in the same part I corresponding to loans not providing for repayment of capital at the term of the loan, entered into for the purchase of a property or taxable real estate interest, are deductible each year to the amount of the total amount of the loan minus an amount being equal to one twentieth of that amount per year since the loan was paid. »

For all contracts that did not provide for repayment by the term, the law also reiterated this point, as going forwards, loan contracts with an indefinite term shall be deemed to expire after 20 years (from the date the loan was granted).

Today an “in fine” loan no longer appears to be such an incredible tool, enabling a taxpayer to benefit from the deductibility of the “in fine” loan amount, not yet repaid prior to the term of the loan as was the case before.

Depending on the term of the loan and the form of depreciation that is employed, acquiring real estate through an “in fine” loan would not prove to be necessarily more interesting than taking out a so-called conventional loan.

It should be noted that a large question remains unanswered, and it was not mentioned in the CGI or even in the administrative doctrine when this referred to liabilities that were subject to special tax regime (BOI-PAT-IFI-20-40 -20-20180608), however if in the future, an IFI taxpayer decides to renew an “in fine” loan, depreciation should begin from the date of renewal (date of the amendment to the initial loan agreement) or the depreciation should be considered to begin on the date of signature of the first “in fine” loan agreement.
This question has not yet been decided and in order to avoid any possible litigation, it is strongly recommended when drawing up your IFI declaration (declaration n° 2042) to add an express mention thereof (provided for in section 2° of part II of article 1727 of the CGI) outlining the solution you have chosen to apply (depreciation from the date of the amendment or the date of signature of the first loan agreement) and in the event of an audit by the tax administration and in the event that the tax administration reiterates the solution you have opted for, you shall not be able to apply late interest to the loan.

Article 974 of the CGI not only relates to “in fine” loans, it has also sets out specific rules in relation to certain debts.

Article 974 III of the French Tax Code states that : “Part II.-The following debts referred to in Parts I and II are not deductible:

Therefore, when considering debts contracted by the taxpayer itself or with the taxpayer’s spouse (or taxpayer’s partner bound by a common solidarity agreement or a common law partner) or with a company controlled by a member of the tax household, 1° of part III of article 974 is intended to prohibit this tax optimisation practice by declaring these non-deductible debts.

For loans taken out with close persons (children of age, ascendents, collateral) or underwritten by an entity controlled by the family group, the law does not benefit this type of loan (2° and 3° of part III of article 974 of the CGI) but does not oppose loans taken out by minor children or spouses, however it will be necessary that the loan is made under normal conditions (a legal instrument or a contract, with a due date for actual repayments).

In its desire to define a strict regime governing the deductible debt, and in order to put an end to the practice of contracting loans in order to reduce the amount of the taxable base of its tax on wealth, the legislator introduced a part IV to article 974 of the French Tax Code, which limits the amount of deductible debts as, henceforth, when the value of real estate assets or real estate interests exceeds 5 million euros and the total amount of admissible debts exceeds 60% of this value, only up to 50% of the amount of the debts exceeding this threshold is permitted as a deduction. This limitation relates to all debts mentioned in parts I, II and III of article 974 of the CGI. However, this threshold does not include debts that a taxpayer can prove were not exceeded primarily for tax purposes.

 Please note that the term ” primarily ” and not ” exclusively ” is used, which is even harder for a taxpayer to prove.