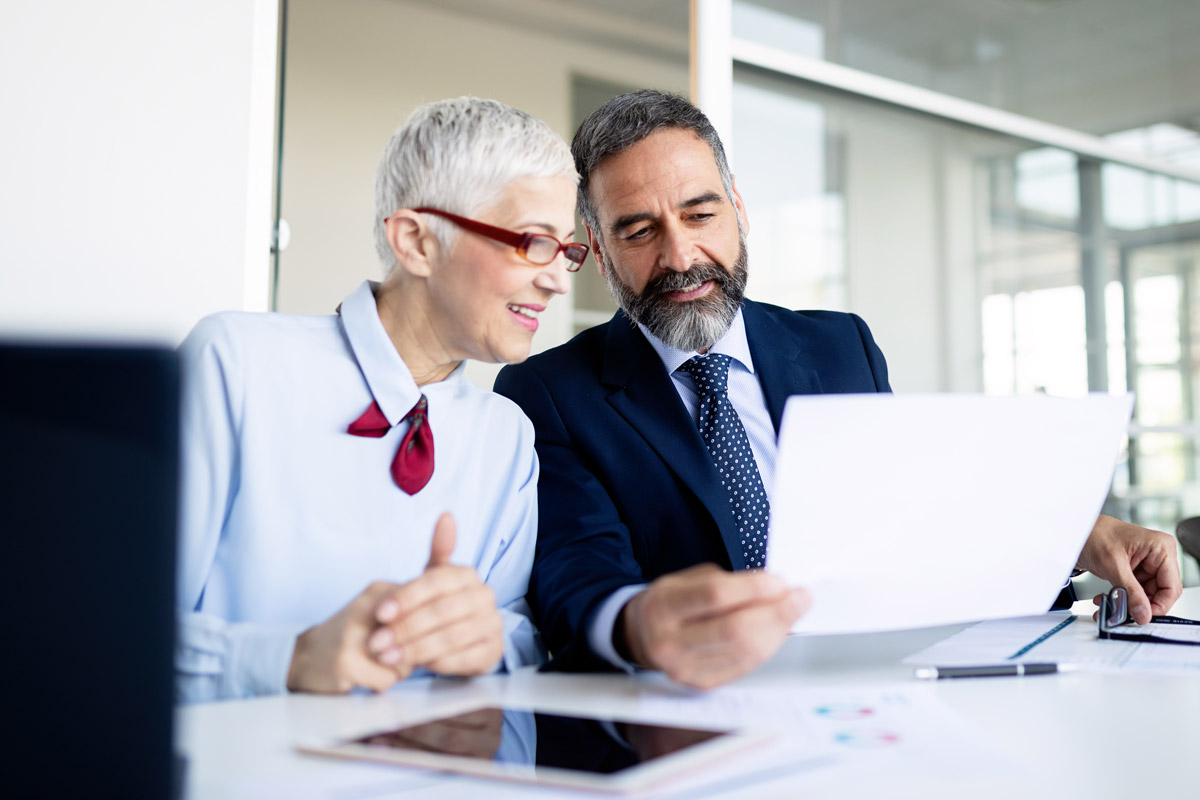 The following rates apply for estates where the deceased died and gifts are made after 21th August 2019.

The surviving spouse and the partner of a PACS are exempt from French succession duty but are liable to gift tax (after a pre-tax allowance of 80.724 €).

French succession duty and gift tax is paid by direct descendant or ascendant relatives after a pre-tax allowance in the case of children of 100.000 € renewable every 15 years.

A series of gifts over a period of time are considered and form one gift for tax and succession duty purposes. However, gifts made more than 15 years prior to the relevant gift under consideration are excluded from the taxable base. In this case the duties on the new gift are assessed as if no previous gift had been made.

The rates after deductions are as follows:

1. Table I: Rate of succession duty applicable to direct descendant or ascendant relatives.

Grandchildren have a pre-tax allowance on gifts made to them by their grandparents of 31.865 €

Brothers and sisters are exempt from French succession duty provided they are unmarried, widowed or divorced or separated, are aged more than 50 years or are handicapped and have lived with the deceased for a period of 5 years preceding the death.

Brothers and sisters not fulfilling these conditions are entitled to a pre-tax allowance of 15.932 €.

Heirs, legatees and donees unable to work on account of a physical or mental handicap are entitled to an allowance of 159.325 €.

Other heirs and legatees (including grandchildren) have an allowance of 1.594 € on the share of the estate or the value of the gift and the balance is taxed at the following rates depending upon their relationship to the deceased:

In connection with estates, a declaration detailing the assets of the estate and accompanied by the payment of the duty must be made within 6 months of death when the deceased died in France; and within 12 months when the deceased died abroad. There are exceptions where the estate does not exceed 50.000 € (surviving spouse and children) and 3.000 € (other relatives).

Late payment causes the heirs and legatees to pay interest at the rate of 0,20% per month overdue; and to a further penalty of 10% on the amount of the duty payable if either the duty is not paid or the declaration not filed within 12 months of death.

The surviving spouse is no longer jointly and severally liable with other heirs for the payment of succession duty.

Further penalties of 40% or 80% may be payable in the event of a failure to comply with a summons to file a return.

For the purposes of succession duty the valuation of the deceased’s main residence is reduced by 20% provided at the time of his death the property is also occupied as a main residence by:

Ordinary household furniture is in the absence of a sale by auction within two years of death or an inventory drawn up within five years of death by a notary and auctioneer, valued at 5% of the gross tax. The tax authorities do not have to prove the actual existence of any furniture.

Subject to the dates of the relevant policy, the payment of the premiums and the age of the insured when the premiums were paid, the proceeds of life insurance policies are liable to :

However, the surviving spouse, the partner of a PACS and brothers and sisters (subject to the above conditions) are exempt from these taxes.

Gradual and residual gifts and legacies

Gradual and residual gifts and legacies allow a person to gift or bequeath the whole or part of his property to a first beneficiary whilst at the same time providing in the deed that the whole of the property he is bound to keep in kind (gradual gift) or that will remain (residual gift) will revert upon his death to another beneficiary named in the gift or legacy.

The duties paid by the first beneficiary are deducted from the duties due on the same property by the second beneficiary.

Heirs, donees or legatees may within 6 months from the date of death make money gifts of their share of the estate to (French) charities (as defined) and claim a corresponding allowance from French succession duties (in addition to other statutory allowances).

Gifts of money to relatives

Gifts of sums of money up to 31.865 € are exempt when made to a grandchild, a great grandchild or in default of these relatives to a nephew or niece on condition that the donor is less than 80 years old and the done is over 18. The gift must be declared to the tax authorities within one month.

Other gifts and generally

From the date the declaration de succession is registered with the tax authorities, the latter have 3 years following the 31st December of the year the return is registered to contest values etc…

In the event that no return is filed then the limitation period is 6 years; or 10 years in the event of having previously failed to declare assets held in a bank or similar financial institution abroad.
–