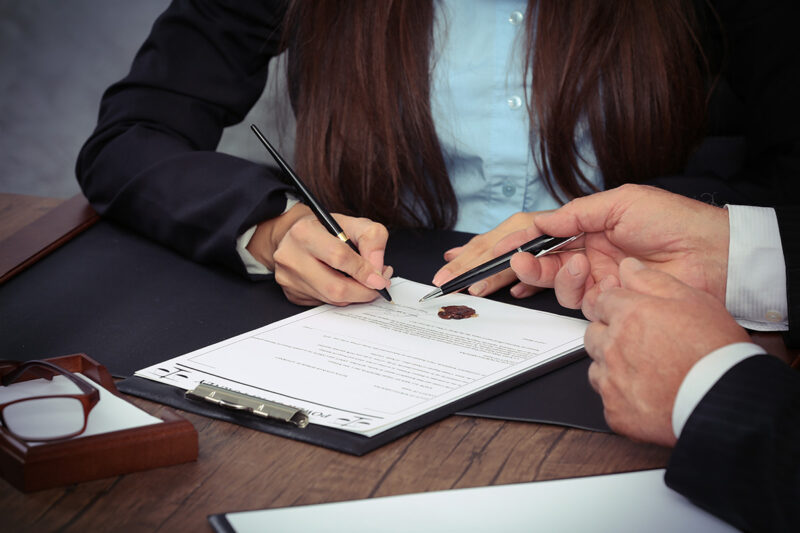 In French law, it is practically impossible to disinherit a child

If the deceased had their habitual residence in France at the time of their death, the applicable law for the opening of the succession would be French law, in application of Article 720 of the Civil Code, which provides that, “Successions are opened by death, at the last domicile of the deceased”.

In this case, under French law, it will not be possible to disinherit an heir (descendant), by virtue of the principle of reserved inheritance.

The principle of the hereditary reserve is the part of the deceased’s estate that must necessarily go to the reserved heirs (the descendants) as part of the succession and provided that they have been called and have accepted the succession (Paragraph 1 of Article 912 of the Civil Code). If there are no descendants, the spouse will benefit from the reserved portion of the estate.

This principle is of public order, as mentioned above and as recalled in Article 721 of the Civil Code. The said article, which states that it is hardly possible to make gifts that would be in contradiction with the principle of the hereditary reserve, the only possibility being to make gifts on the share of the available portion.

The Civil Code has provided for the determination of the hereditary reserve and the available portion, depending on the number of heirs with a right to reserve. Article 913 of the Civil Code provides that, “gifts, either by inter vivos acts or by will, may not exceed half of the disposing person’s property, if he leaves only one child at his death; one third, if he leaves two children; one quarter, if he leaves three or more.”

Thus, in the presence of one reserved heir, the hereditary reserve and the available portion will each be half.

In the presence of two heirs with right to inherit, the reserved portion of the estate will be 2/3 and the available portion 1/3.

In the presence of three (or more heirs) with right to inherit, the reserved portion of the estate will be 3/4 and the available portion 1/4.

However, when the deceased had their habitual residence abroad and in the country of their residence such provisions were not provided for, it was possible that the heirs with reserve rights would be prejudiced, in particular with regard to the division of real estate located in France.

The Court of Cassation had already tried to protect the latter by recalling that the application of the foreign law should not, “lead to a situation incompatible with the principles of French law considered as essential” (C.Cass. 1st ch. civ. dated 27 September 2017, decisions n°16-13.151 and n°16-17.198). The Court of Cassation has thus set two conditions for the application of foreign law, there must be a significant link between the deceased and the country whose law of succession will apply and it will also be necessary to show that the heirs who did not inherit, as they could have inherited under the application of French law, are not in economic precariousness or need.

The French legislator wished to give additional protection to the heirs with a right to reserve (as understood under French law), where the law of another Member State is applied to the whole estate and where that foreign law did not have similar provisions (relating to the reserve of the estate).

Article 24 of this law provides for an amendment to Article 913 of the Civil Code, with the addition of a paragraph worded as follows: “When the deceased or at least one of their children is, at the time of death, a national of a Member State of the European Union or habitually resides there and when the foreign law applicable to the succession does not allow for any mechanism for reserving rights to protect the children, each child or their heirs or successors may make a compensatory deduction from the existing property situated in France on the day of death, so as to be reinstated in the reservatory rights granted to them by French law, within the limit of those rights. ”

Article 24 of this law also provides for an additional duty to inform with regard to the notary in charge of the succession, in particular by adding a new paragraph to Article 921 of the Civil Code, worded as follows, “When the notary notes, at the time of the settlement of the succession, that the rights of an heir under reserve are likely to be affected by gifts made by the deceased, they shall inform each heir concerned and known, individually and, where applicable, before any division, of their right to request the reduction of gifts which exceed the available portion. ”

The new wording of Article 913 of the Civil Code thus provides for a compensatory levy for the heirs of the deceased who would be prejudiced by the application of foreign law, on property situated in France. This provision will only be applicable if the applicable foreign law does not provide for any mechanism relating to the reserved portion of the estate as is well known in French law.

In addition, as previously indicated, the notary will have an additional duty to inform these heirs, if they finds that these heirs (or one of the heirs) could be affected by one or more gifts made by the deceased. They will thus bring this fact to the attention of the aggrieved heirs so that they can request, if necessary, the reduction of the gifts that exceed the amount of the available share.