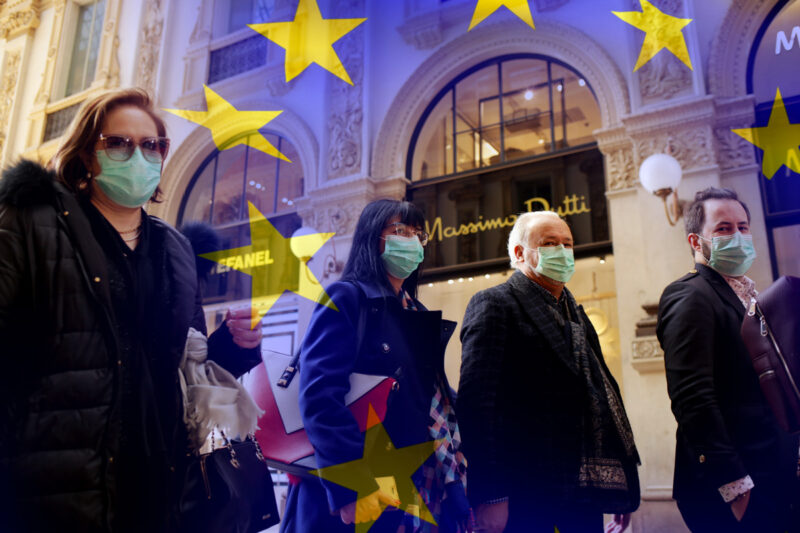 A health crisis is currently affecting almost every country in the world. This unprecedented crisis, of exceptional gravity, makes it necessary to review certain mechanisms that have been in place for years.

In 1994, Directive 94/19 was adopted by the European Parliament and the European Council, which concerned deposit guarantee schemes and had the undisguised objective of increasing the protection of depositors but also of harmonising the maximum level of deposit guarantees for a credit institution at European level in order to complete the single banking market.

This directive was subject to substantial modifications when Directive 2014/94/EU was adopted.

A ceiling for the amount of deposit guarantee was decided, which was to apply to all Member States of the Union, in order to avoid competition between Member States (some Member States used to offer higher amounts of deposit guarantee than others). This desire for harmonisation is one of the consequences of the economic crisis of 2008, but to date, a new economic crisis is brewing, as some Member States have already made known the costs of the recession in their countries. As an example, France is forecasting a drop of around 8% in growth ; according to IMF (International Monetary Fund) projections, Italy is expected to experience a 9.1% drop in growth in 2020, Spain 8% and Germany 7%. Therefore, should we maintain a legal deposit guarantee of EUR 100 000 at all costs in order to maintain mutual trust between depositors and credit institutions, or should we make it possible to help Member States to combat the economic crisis that will result from Covid-19 by amending Directive 2014/94/EU? This is a topical issue, but above all, it requires us to reflect on the following notion: which interest should take precedence? The interest of individuals or the interest of the Member States and through them the national interest and the interest of the European Union? 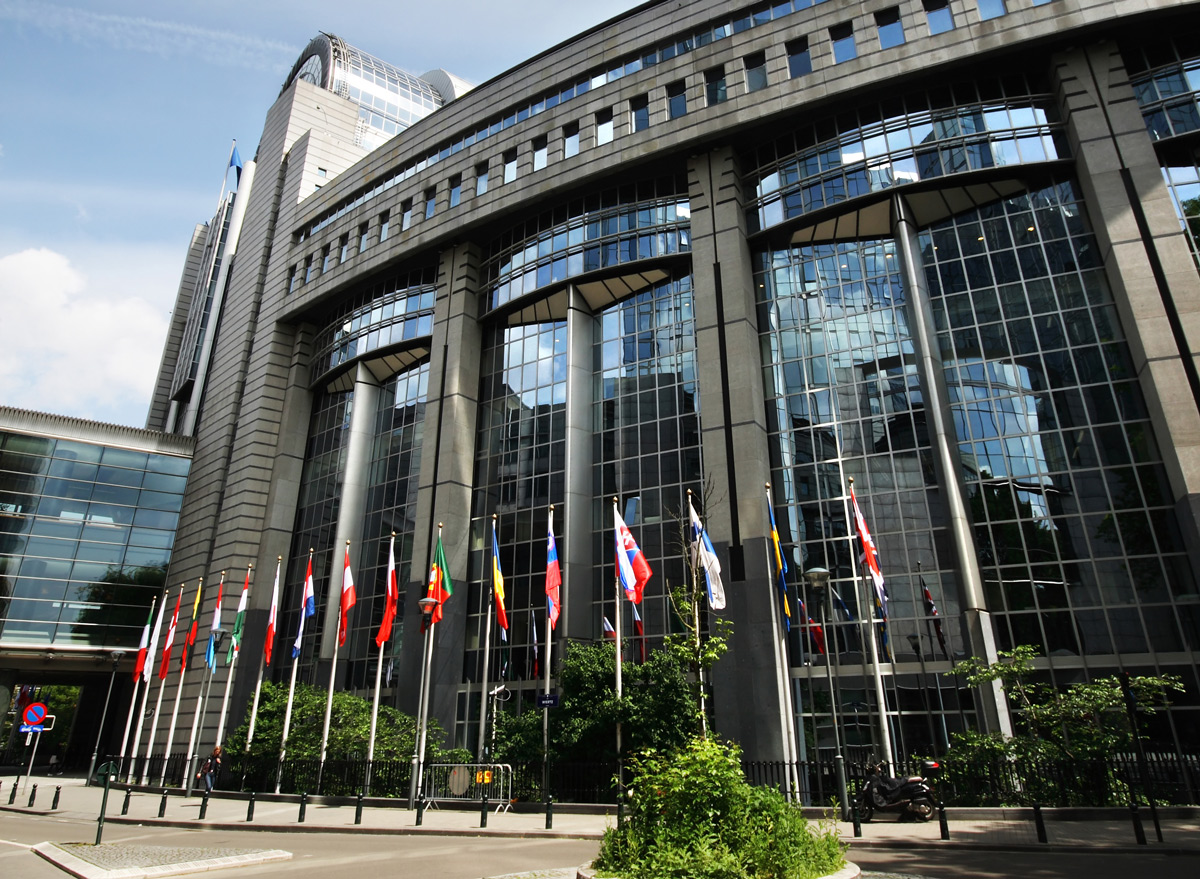 The directive adopted in 2014 provides in the first paragraph of Article 6 that the guarantee level must be €100,000 for all deposits made by the depositor per credit institution. This level of guarantee must be provided by the Member States. But with the Covid-19 health crisis, in which banks are currently playing a major role in facilitating suspensions of credit repayments, facilitating loans to small and medium-sized enterprises to help them overcome this crisis, the latter could find themselves in a situation similar to that of 2008. If, for the moment, this does not seem to be the case, as the High Council for Financial Stability reminds us that the banks are much better prepared than in 2008, a question arises: will this continue in the long term? EU Member States taking important national measures to revive their national economies may need funds, as they will need liquidity in order to carry out their plans to avoid seeing their economies sink. Consequently, the various credit institutions could be mobilised to help countries in their fight against the coronavirus, as the President of the French Republic, Emmanuel Macron, had decreed in particular, since the French State “is at war” , it is legitimate to wonder whether exceptional measures, necessitated by the current circumstances, could therefore be taken. This type of measure is notably enshrined in the French Constitution , without being identical to this French specificity, some European constitutions grant their authority (in the event of an exceptional situation, a state of emergency in particular) the possibility of taking any measures necessary for a return to “normal”. By admitting or facilitating the taking of exceptional measures, necessary in the event of a crisis, the governments of the Member States could legislate in order to requisition the necessary funds from national banking institutions. These States in financial difficulty will need additional funds, but with a deposit guarantee limit of €100,000, many States will not have the effective means to deal with the crisis. INSEE (a French organisation) recently published data on household savings rates in a few European countries . The results of this study show very clearly that in 2018, the average savings rate in the European Union was 10.3%. Moreover, there are also great disparities between the countries of the European Union, for example, the savings rates of households resident in the following countries: Germany, the Netherlands is above 15%, while in the following countries: Spain, Finland, Portugal, Italy it is less than 10%. Obviously, another factor to be taken into consideration, such as the number of households present in the countries. Consequently, a country like Germany, whose population is 83 million inhabitants must have a larger number of households than Finland, whose number of inhabitants is less than 6 million. Therefore with a large number of households and a very high savings rate for these households (18.5 in 2018, according to INSEE), German credit institutions will have much more financial resources than other states such as than Finland for example. If, in addition, a deposit guarantee of up to 100,000 euros is maintained, some countries will not be able to ask their credit institutions for help in combating the epidemic, particularly if all of the following criteria are taken into consideration: a low savings rate; a small number of households; and few deposits in excess of 100,000 euros. These countries will not be able to fight effectively against the economic crisis that will result from the health crisis linked to Covid-19 and future crises (because unless a real utopia suddenly comes about there will be others). Moreover, this European directive which aims to harmonise at the European level the deposit guarantee scheme (SGD) with credit institutions is not an irrelevant text. In this respect, the financial crisis that affected Cyprus should be remembered. This country was on the verge of bankruptcy in March 2013 following the 2008 crisis. In the night of 24-25 March 2013, a rescue package was agreed between Cyprus (for the Republic of Cyprus part only and not for the Turkish Republic of Northern Cyprus part), the IMF and the other EU member countries, in order to grant a colossal amount of aid to the island of Cyprus. During this agreement, it was decided to liquidate the following two banks: Laïki Bank and Cyprus Popular Bank. To pay off the debts of Laïki Bank, it was decided to requisition all deposits over 100,000 euros, which represented just over 4 billion euros.

Directive 2014/94/EU is therefore of considerable importance; however this could show its limits in times of crisis.

As explained above, depending on the country, the amount of savings is not the same in all European countries due to various factors (population density, savings rate, amount of savings). Not all credit institutions within the European Union therefore have the same resources, so in the event of the bankruptcy of a Member State (as was the case in Cyprus) if only deposits in excess of 100,000 euros are not guaranteed, and these would be requisitioned, not all Member States would be able to cope with their bankruptcy in the same way. In the event of a crisis, savers tend to get scared and rush to their bank in order to recover liquidity, which de facto leads to a decrease in the amount of deposits.

This type of risk is well known, and the Banque de France has recently taken steps to ensure that banknotes remain accessible to all French citizens. 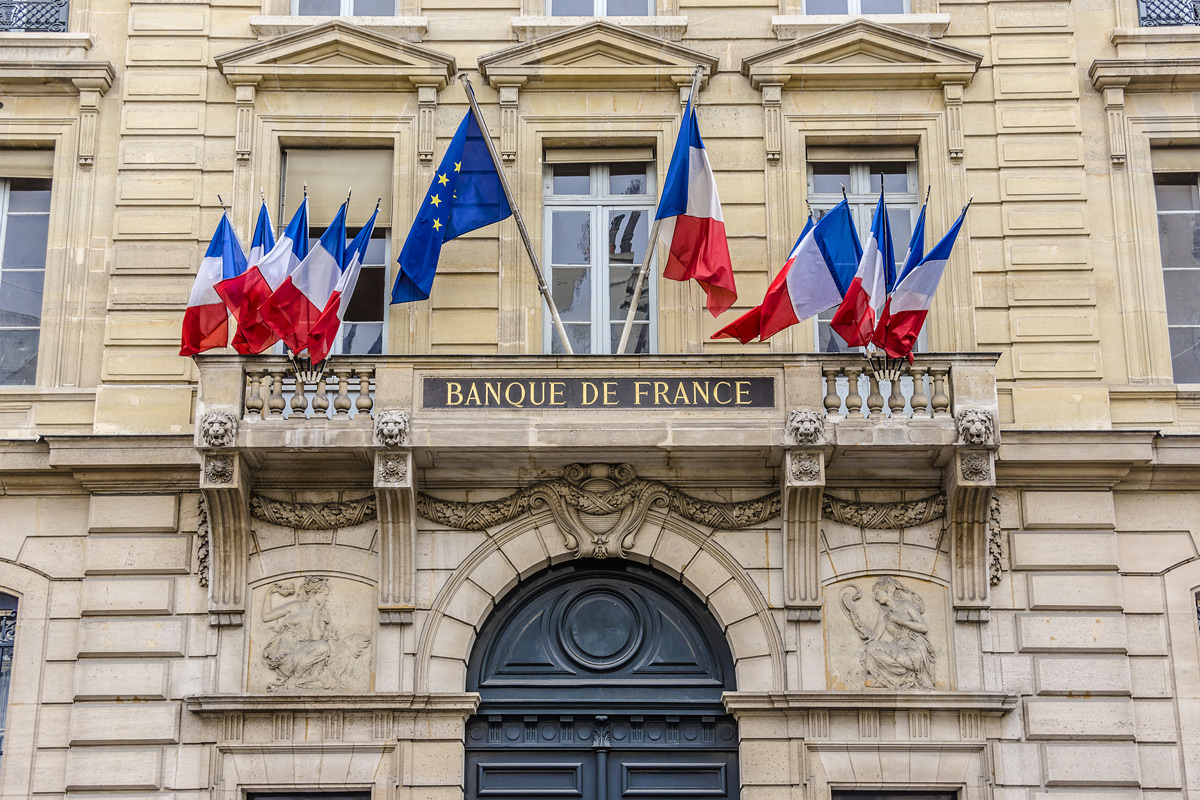 If the crisis continues, the situation does not improve, or the Member States continue to step up economic measures in order to fight the Covid-19 crisis, they will need to be liquidated. If deposits with credit institutions were to be subsequently solicited, how much could these States recover? Amounts in excess of EUR 100,000 deposited with these credit institutions, but in view of the various factors set out, will they have the necessary funds immediately available?

This is an important issue, and no one knows how this health crisis and its economic consequences will develop.

If Directive 2014/94 / EU allows credit institutions to be trusted by depositors, should this not however be called into question with regard to the interests of the European Union? One solution that could therefore make it easier for European states in a state of bankruptcy to cope with it and ensure their survival would be to limit the amount of guarantee for deposits with credit institutions. Increasing this amount from 100,000 euros to 80,000 euros would ensure the survival of certain Member States on the verge of bankruptcy, since it would increase the availability of funds which they could obtain and which would not need to be guaranteed by the credit institution. This withdrawal of deposits in excess of EUR 100,000 helped Cyprus to avoid bankruptcy in the past, but today the situation is quite different, since Cyprus had received aid from the European Union, and if today several States of the European Union were to find themselves on the verge of bankruptcy, can it be said that the European Union will be able to help all these States at the same time?

Should depositors’ confidence in their bank therefore take precedence over the rest? Or do we have to rethink certain mechanisms in order to participate in this “war effort”.

To date, amending Directive 2014/94/EU could allow certain banking institutions to settle down and could perhaps allow them to invest or increase the number of loans granted to companies (SMEs and medium-sized enterprises) as well as to individuals. In addition, reducing the amount of the deposit guarantee could facilitate the repayment of these sums in the event of the bankruptcy of the banking institution, which will inevitably have less difficulty repaying 80,000 euros rather than 100,000 euros. If this were properly explained to depositors, their confidence in credit institutions could be maintained.

In view of the current situation (health crisis and ensuing economic crisis), it is important to question the priorities of the European Union, i.e. to maintain strong confidence in credit institutions or to agree to modify the European Directive 2014/94/EU in order to consider how to help countries that could prove to be on the verge of bankruptcy as a result of the health crisis. All the countries of the European Union are taking exceptional measures to try to contain the crisis, but this is costing the States billions, and some Member States are going into debt for this. Yet no one can say when this crisis will end, no one knows how to put a definitive end to it, and it could last for months. Some Member States will not be able to cope for as long and a critical situation such as the one in Cyprus in 2013 may require exceptional measures, including the withdrawal of deposits from banking institutions. However, with a guarantee of up to 100,000 euros and in view of the disparities that exist between states in terms of population, the rate of household savings and the amount of these savings, some States may not have the financial resources necessary to carry out their fight against Covid-19. Therefore, it would be useful to amend Directive 2014/94/EU in order to change the amount of the deposit guarantee from EUR 100 000 to EUR 80 000, which would make it possible, if necessary, to limit the costs borne by guarantee schemes and banking institutions and could ensure an amount of financial resources for the requesting State.