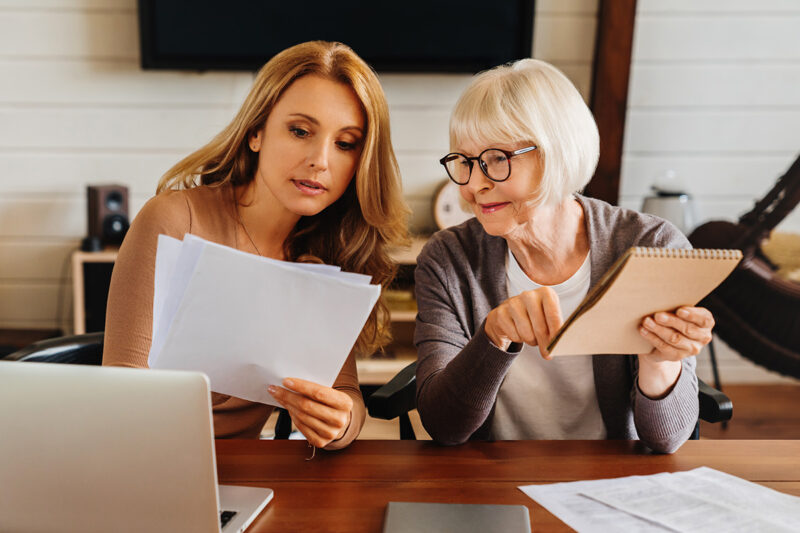 On Monday November 1st, Law 2021-1109 of August 24th 2021 reinforcing the respect of the principles of the Republic will come into force, introducing in particular a reinforced protection of the compulsory portion by adding two new provisions to Articles 913 and 921 of the Civil Code. These provisions will apply to successions opened as from November 1st 2021, including in case of gifts previously granted by the deceased.

The compulsory portion under French law is defined in Article 912 of the Civil Code as “the share of property and inheritance rights which the law ensures devolves free of charge to certain heirs known as “Rightful Heirs” (héritiers réservataires), if they are called upon to the succession and if they accept it“. Thus, the descendants (or alternatively the spouse) of the deceased benefit from a predefined fraction of their assets at the latter’s death, on the basis of their relationship of filiation.

Conversely, the available portion is the fraction of the estate that the deceased may dispose of freely through gifts; it varies between 1/2 and 1/4 of the estate depending on the number of children present.

The compulsory portion is infringed when the gifts granted by the deceased, whether inter vivos or mortis causa, exceed this available share.

It is then possible for the heirs known as “Rightful Heirs”, to file a lawsuit to reduce the excessive gifts in order to reconstitute their portion and thus recover their rights. However, this action for reduction is not automatic and must be requested by each of the heirs concerned.

Furthermore, in the case of an international estate, there used to be a right of deduction which allowed French heirs to deduct from the assets located in France a portion equal to the value of the assets located abroad from which they were possibly excluded because of different foreign laws or customs. This right of deduction was nevertheless repealed, after being deemed unconstitutional by a decision of the Constitutional Council (decision no. 2011-159, QPC of August 5th 2011), on the grounds that the difference in treatment between French and foreign heirs was contrary to the principle of equality.

What are the new provisions?

On the one hand, the new paragraph of Article 921 creates a reinforced obligation for the notary to provide information and advice to the rightful heirs when the succession is settled. Thus, the new article stipulates that; ‘when the notary ascertains, at the time of the settlement of the succession, that the rights of the reserved heirs may be affected by the gifts made by the deceased, they shall inform each heir concerned and known, individually and, where applicable, before any division, of their right to request the reduction of the gifts which exceed the available portion’.

Henceforth, before signing the deed of partition, the notary is therefore formally obliged to inform the heirs concerned about this right to reduce gifts which, in addition to not being automatic, is not necessarily known by all.

On the other hand, the second measure relates to international successions, since it reintroduces into Article 913 of the Civil Code a compensatory levy right. This is intended to apply to property situated in France for the benefit of heirs who have been disinherited under a foreign law. The levy will then be possible on the equivalent of the reserve under French law, and this time will not be reserved for French heirs.

Thus, the new article provides that, ‘where the deceased or at least one of their children is, at the time of death, a national of a Member State of the European Union or habitually resident there, and where the foreign law applicable to the succession does not allow any reserve mechanism to protect the children, each child or their heirs or successors may make a compensatory levy on the existing property situated in France on the day of death, so as to be restored to the reserve rights granted to them under French law, within the limit of those rights’.

The three conditions to be fulfilled are therefore the following:

This provision is not without difficulty from the point of view of legal doctrine, since it calls into question the principle of uniqueness of the law of succession intended by European Regulation No 650/2012. Indeed, Article 21 of the Regulation defines the law of the last residence of the deceased, in the absence of a choice of national law, as the law applicable to the entire succession. A French, and therefore national, levy law will therefore destabilise the application of a law designated by a European regulation.

Moreover, this French law may be invoked by heirs who have no connection with France, as long as one of them or the deceased was a national of a European Union Member State. Conversely, if the deceased and all the successors are British nationals, for example, it will not be possible for them to invoke this right even if the estate includes property in France.

Although much criticised, this right of levy is in fact essentially instituted to combat foreign laws of Muslim law, which establish a difference between male and female heirs.

However, this new provision is aimed at international successions whose applicable law is supposed to exclude the reserve, which is not the case with Muslim law. Indeed, despite a difference in treatment between male and female heirs who are not allotted in the same way, these laws generally do provide for an inheritance reserve in the sense of a predetermined fraction of the deceased’s assets.

Finally, this new right to a compensatory levy should only have a real impact in the presence of an Anglo-Saxon law of succession, since these are the only ones that purely and simply exclude the reserve mechanism. A de cujus of British or American nationality holding property in France and having recently drafted a will opting for his national law will then risk seeing their last wishes partly unenforced if they do not distribute anything to their children. It will be sufficient for them or one of their heirs to be a national or resident of any EU Member State at the time of death in order to invoke this provision of French law, even though the reserve was expressly excluded from international public policy by the decisions Jarre and Colombier of 2017.