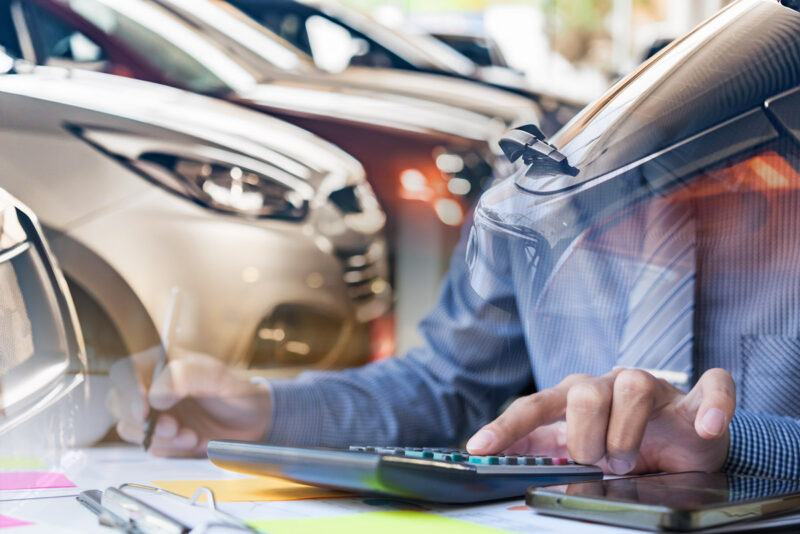 A lot has been written about this topic, and it deserves special attention.

An SCI subject to income tax must carry out a civil activity.

A civil activity is the opposite of a commercial activity; it is therefore necessary to not carry out an act of commerce.

Article L 110-1 of the Commercial Code lists what is considered to be an act of commerce (e.g. the purchase and re-sale of furniture; the provision of various services, etc.).

Therefore, if an SCI subject to income tax performs a commercial activity (e.g. furnished rentals, trading activity) the latter will be subject to corporation tax. This change in tax regime will be considered as a cessation of activity leading to numerous tax consequences such as immediate taxation of profits, taxation of unrealised capital gains, loss of the carry-forward deficit (if there is one).

If, on the other hand, the manager decides to acquire or rent a company vehicle through their SCI in order to be able to fulfill their role as manager, this point must be justifiable.

However, owning a company vehicle within an SCI subject to income tax seems to be accepted by the French tax administration since the latter is subject to the tax on Company vehicles (TVS): civil companies and this hardly affects their tax regime, as listed in BOFIP (§20 of BOI-TFP-TVS-10-10). 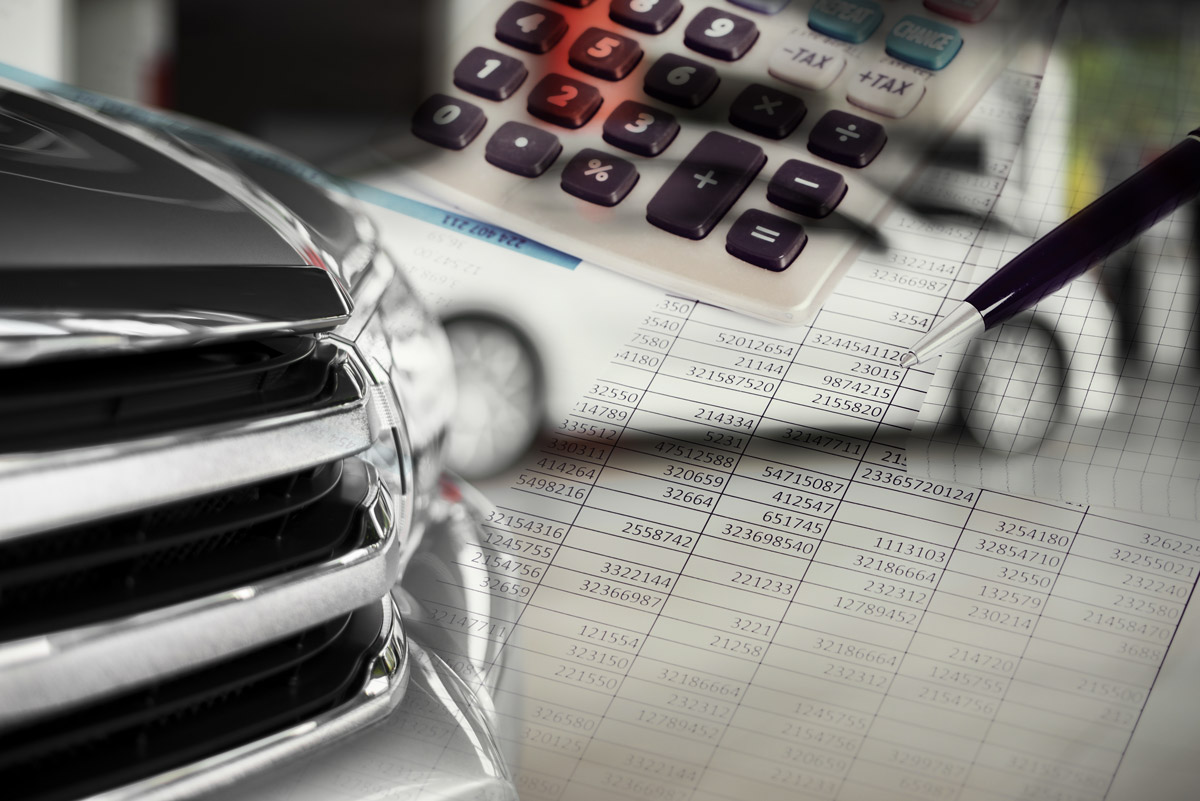 Therefore, if the TVS is due by a company owning a vehicle and the following does not matter: the nature of the company, its form, its object or its tax regime (§10 of BOI-TFP-TVS-10-10), we understand that SCIs subject to income tax may own company vehicles. If a formal ban had been made to them, the case of their being subject to this tax would not arise.

In which case is this TVS due? It is due in application of article 1010 of the General Tax Code when a company owns or has at its disposal a passenger vehicle.

In this case, the company will have to declare this vehicle and pay an annual tax, the famous TVS (Tax on company vehicles).

The companies subject to this tax are the companies listed in §20 of BOI-TFP-TVS-10-10; it is also necessary that these companies have their head office or an establishment in France.

Point 5° of article 1007 of the CGI defines passenger vehicles as extending to:

“a. Category M1 vehicles, with the exception of special purpose vehicles which are not wheelchair accessible;
b. Vehicles in category N1 of the “Pick-up truck” bodywork comprising at least five seats, with the exception of those which are exclusively used for the operation of ski lifts and ski areas, under conditions defined by regulation;
c. Multipurpose vehicles of category N1 which are intended for the transport of passengers and their luggage or their goods;
6° the administrative power of a motor vehicle means the size defined in article 1008 ;
7° Long-term rental formulas mean contracts by which the owner of a vehicle makes it available to a lessee, either for a period of two years or more, or as part of an operation credit.”

“Considered as passenger vehicles within the meaning of article 1010 of the CGI, passenger vehicles in the sense of 1 of C of Annex II to European Parliament and Council Directive 2007/46/EC of 5 September 2007, establishing framework for the type-approval of motor vehicles, their trailers and systems, components and separate technical units intended for these vehicles, as well as multi-purpose vehicles which, while being classified in category N1 within the meaning of the same annex (which corresponds to the national category of “vans”), are intended for the transport of passengers and their luggage or their goods.

Details on the concept of taxable passenger vehicles:

Passenger cars subject to the tax are vehicles classified in the “M1” category of the aforementioned directive, which are divided into different types of bodywork: sedan, hatchback, station wagon, coupe, convertible and multi-purpose vehicle (vehicle motor other than those mentioned above and intended for the transport of passengers and their luggage or their goods, in a single compartment). This concerns vehicles classified in France for the establishment of registration certificates (gray cards) in the “passenger car” category, regardless of their type of bodywork.

Category “N1” vehicles intended for the transport of passengers and their luggage or their goods correspond in practice to vehicles whose registration document bears the label van or “CTTE” but which have several rows of seats. On the other hand, utility vehicles of the van or deep-cab light truck type, with several rows of seats, remain outside the scope of the definition of passenger vehicles, provided that these vehicles are in practice assigned by the company to the transport of goods. »

Note that section I of article 1010-0 A of the General Tax Code provides that: “Vehicles used by companies within the meaning of article 1010 are vehicles owned or leased by employees of a company or its managers and for which the company reimburses mileage expenses”.

As recalled in the first paragraph of article 1010 of the General Tax Code, the tax will apply to vehicles used in France regardless of their State of registration, by a company whose head office is in France or which has a establishment in France.

This tax also applies to vehicles owned by these companies and registered in France in the name of the latter.

However, a safeguard exists because vehicles can be exempt from this tax; as an example we can cite: hybrid vehicles, exclusively electric vehicles. Other cases of exemption exist and depend on the use that will be made of these vehicles (example: purchase for resale, but this case will not be exposed if necessary because it does not concern SCIs subject to income tax, because it implies a commercial activity, here, a trading activity. Another case of exemption concerns vehicles hired for a short period).

The tax is due annually and is calculated taking into account a calendar year (from 01/01 to 31/12); however this tax is paid each quarter of the calendar year.

This tax is calculated by taking into account the number of vehicles owned by the company on the 1st day of the quarter of the calendar year or used by said company during this quarter (rental, provision, etc.) and the CO2 emissions of the vehicles. II of article 1010 of the CGI specifies that: “The amount of tax due for a quarter and for a vehicle is equal to a quarter of the annual rate set in I bis.”

I bis of article 1010 of the CGI states the following point: “The amount of the tax is equal to the sum of the two components, the tariff of which is determined in application, respectively, of thea (Carbon dioxide emissions, for vehicles covered by the new registration system), b (Carbon dioxide emissions, for vehicles which have received European type approval within the meaning of the same directive and whose first entry into service is from 1 June 2004, which do not fall under the new registration system and which were not owned or used by the company before 1 January 2006), or c (the administrative power (CV) of the vehicle), on the one hand , and from d (the date the vehicle was first put into service and its type of fuel), on the other hand.”

When the vehicle is owned or leased by the employees or the managers, the amount of tax is determined in application of II of article 1010-0 A of the CGI, which provides that: “The amount of  tax on company vehicles relating to vehicles mentioned in I is determined by applying a coefficient based on the number of kilometers taken into account for reimbursement to the owner or user of said vehicles during the tax period, at the rate liquidated pursuant to Article 1010:

A reduction of €15,000 is made on the total amount of tax due by the company for the vehicles mentioned in I.”