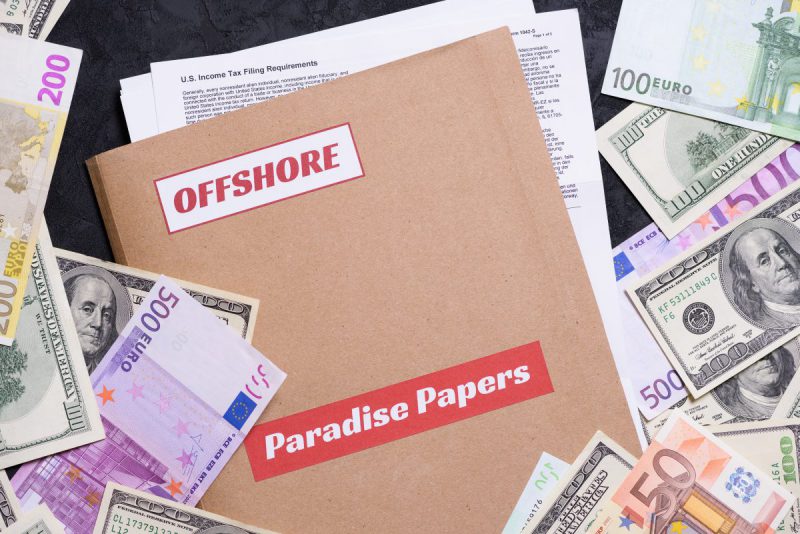 On 1 March 2018, in plenary session, members of the European Parliament agreed on the draft European Parliament legislative resolution on the proposal for a Council Directive amending Directive 2011/16/EU as regards the mandatory and automatic exchange of information in the field of taxation in relation to cross-border arrangements that need to be declared.

This proposed amendment to Directive 2011/16/EU follows the report by Emmanuel Maurel, tabled in late January 2018, itself following the well-known scandals of Panama and Paradise Papers.

Emmanuel Maurel himself said: “This major initiative, included in the Administrative Cooperation Directive, is the main response of the European Union to the scandals of the Panama Papers and Paradise Papers. By supervising the activities of tax intermediaries, subjecting them to a reporting obligation, it attacks all those who promote, facilitate aggressive planning, and in a word, evade taxation. We demonstrate once again that the European Parliament is the most ambitious European institution against tax inequalities.”

Therefore, this amendment of Directive 2011/16/EU, once again strengthens the legislative arsenal available to the EU, proliferated in recent years to fight against tax evasion.

But what does this Directive provide for?

Initially, this Directive aims to fight effectively against fraud and tax evasion, responding in a relevant way to the growth of increasingly sophisticated tax packages, and also in order to fight against the financial losses that States suffer de facto because of the elusion of certain tax revenues.

The other major question will be to define who will have to provide this much-touted information (information not defined as such, see below), again the scope of the Directive is broad, since the latter uses the term individuals and “intermediaries”.

Indeed, Article 21 (21) of Council Directive (EU) 2018/822 of 25 May 2018 amending Directive 2011/16/EU as regards the mandatory automatic exchange of information in the field of taxation in the framework of cross-border agreements to be declared, defines the term “intermediary” by stating that “intermediary” means “any person who designs, markets, organises or makes available for the implementation, or who manages the implementation, of a cross-border agreement to be declared”.

Note, however, that to qualify as an intermediary, at least one of the following criteria must be met:

(a) be a tax resident of a Member State;

(b) have a permanent establishment in a Member State through which the services relating to the arrangement are provided;

(d) be registered with a professional association of legal, tax or advisory services in a Member State.

This declarative obligation (of reporting) will regulate the activities of these intermediaries, since they will no longer be able to promote, propose or even facilitate the implementation of a scheme / arrangement whose purpose is to avoid taxes (aggressive tax optimisation), without informing the tax administration.   Moreover, it should be noted that the criteria to define the existence of an aggressive tax optimisation are quite broad.

This amendment to the Directive is intended to reach the greatest number and undermine certain established legal and fiscal arrangements.

The French government has already taken note of this Directive no. 2018/822, dated 25 May 2018, since a law was passed and promulgated (law no. 2018-898 dated 23 October 2018 relative to the fight against fraud) published in the official journal (JORF) on 24 October 2018 and authorised in Article 22: “the Government is authorised to make an order, within a period of twelve months from the promulgation of this law, measures within the scope of the law to transpose Council Directive (EU) 2018/822 of 25 May 2018 amending Directive 2011/16/EU as regards the mandatory automatic exchange of information in the field of taxation in relation to the cross-border arrangements to be declared.
A ratification bill will be tabled in Parliament within three months of the publication of the order referred to in the first paragraph.”

It was finally on 21 October 2019 (published in the JORF the following day) that an order was made (Order no. 2019-1068 dated 21 October 2019 relating to the mandatory automatic exchange of information in the tax domain in relation to cross-border arrangements to be declared).

This order provides for the creation of 5 additional articles in the General Tax Code (CGI), Articles 1649 AD to 1649 AH of the CGI. (To find their scope in their entirety we refer you to the order published on Légifrance: www.legifrance.gouv.fr/affichTexte.do →

These new articles will come into effect on 1st  July 2020.

Article 1649 AD, in point I), gives us guidance on: what is a cross-border structure, and Article 1649 AE sets out the definition of an intermediary (including the indications already given in Directive 2018/822), detailing the role of the latter.

Although we mentioned the lack of clear definitions in the Directive 2018/822, it should be noted that order no. 2019-1068 does not give us more information, albeit that this order specifies that: “IV. The information contained in the declaration mentioned in point I of this article is specified by decree. This future decree should therefore give us some details.

It is worth remembering that this order also provides for sanctions in the event of non-compliance with this declarative obligation by providing for the creation of Article 1729 Cter of the CGI which will provide that: “Failure to comply with an obligation to declare or notify provided for in Articles 1649 AD, 1649 AE and 1649 AG will entail the application of a fine which cannot exceed €10,000. The amount of the fine cannot exceed € 5,000 for the first offence of the current calendar year and the previous three years. The fine will not apply to breaches of the declarative obligation provided for in the last paragraph of point II of Article 1649 AG.  The amount of the fine applied to the same intermediary or to the same taxpayer concerned cannot exceed €100,000 per calendar year.”

More than ever, rigour and attention will be required.