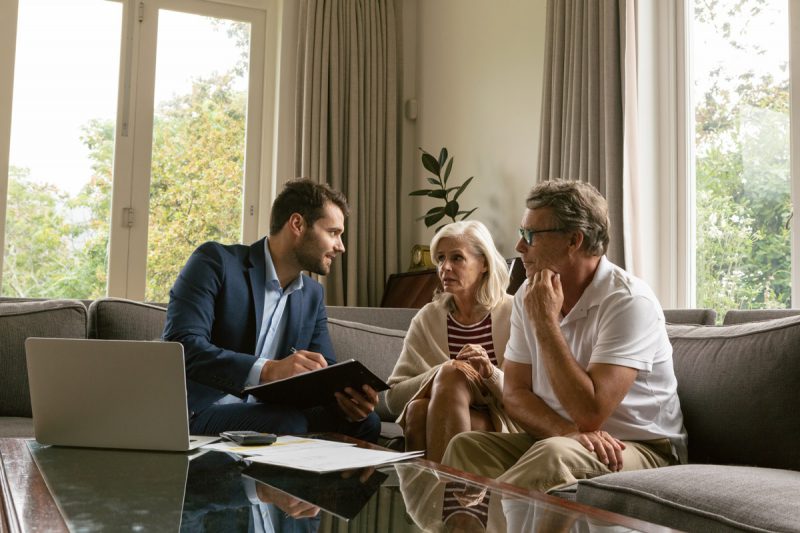 It is necessary initially to understand when this transfer will occur.

Since this is a transfer on death, the transfer will occur:

Therefore, in the event of a person dying or being missing, the estate of the person deceased or considered as deceased (we will speak of deceased for the sake of simplification in the following), a transfer of their estate will take place as a result of the event leading to the situation (death or the acknowledged fact of being missing), and this transfer will give rise to inheritance tax.

This inheritance tax will be payable on all the assets, whose inheritance will be governed by common law (civil law in particular).

The administrative doctrine, entitled BOFIP (Official Bulletin of Public Finances and Taxes (BOI-ENR-DMTG-10-10-10-10 § 10), specifies that in an ordinary inheritance case: “Inheritance tax following death is payable on assets whose inheritance is settled by law under the conditions of common law, outside the will of the deceased, if either he or she has failed to express it or it is unable to be put into effect.”

This inheritance tax will also be payable, even where there is a will, as is recalled by BOFIP (BOI-ENR-DMTG-10-10-10-10 § 30): “The inheritance tax on death also applies to testate successions, for which the inheritance of property results from the last will and testament of the deceased. The donations thus made by the latter are the legacies.”

The inheritance tax will be payable by the heirs (more broadly by the beneficiaries of the inheritance). The latter must exist within the meaning of Article 725 of the Civil Code, which provides that: “To obtain an inheritance, it is necessary to exist at the moment when the estate came into being or, having already been conceived, to be born as a viable person.”

In addition to recognising legal existence, one must not have been declared unworthy to succeed. For cases of unworthiness to succeed, we refer you to Article 727 of the Civil Code.

Note: pursuant to Article 796a of the French Tax Code, spouses or partners bound by a civil solidarity pact who survive the deceased are exempt from inheritance tax.

Inheritance tax will be paid on all transferred estate. To give you a clearer idea, we refer you to the non-exhaustive list established by BOFIP (BOI-ENR-DMTG-10-10-20-10 §10). Among the assets comprising a deceased’s estate, we obviously find company securities and, more specifically, shares.

However, not all the assets that make up the estate can be taxed by France, in fact article 750b of the French Tax Code sets out the rules of tax territoriality with regard to inheritance tax (thus applicable to donations and to inheritance).

Article 750b of the French Tax Code as reported by BOFIP (BOI-ENR-DMTG-10-10-30 §20) states that the following “are liable to inheritance tax in France:

A safeguard exists in this Article 750b of the French Tax Code, since it is applicable subject to various tax conventions signed by France with other states to regulate the application of inheritance tax. (A list has been made and indicates which country has signed a convention or a tax accord with France in this field.)

Some of these conventions have the effect of depriving France of the right to levy tax. For a specific example, we will take the decision of the Court of Cassation of 2 October 2015, delivered in plenary session.

In this decision, the Court found that French real estate held by Monaco residents through a semi-transparent Monaco-based holding company is not subject to French but to Monegasque inheritance tax.

This solution derives its legal basis from Article 6[1] of the France-Monaco Convention on Inheritance, signed on 1 April 1950.

The tax administration initially refused to recognise the character of “property of a movable nature” falling within the scope of Article 6 of the Convention, as applying to shares in a predominantly real-estate company. And it considered that inheritance should be settled under French law.

The Court of Cassation did not follow this reasoning and considers that shares in a predominantly real-estate company may fall within the scope of Article 6 of the Convention, so that the Principality is therefore competent to apply its own legislation, where appropriate.

It is therefore very important to refer to the applicable tax treaty, as appropriate, in order to check whether France is competent to tax shares in civil companies during an inheritance case.

Once the estate inheritance has been established (for the various formalities, including those which are declarative and the role of the notary in the succession, we refer you to our page: Inheritance in 2019), shares in a property company that belong to the deceased will be “transferred” to the heirs, but note that a notarial act establishing the estate inheritance is not sufficient to give you the capacity of a partner in the property company with respect to third parties and particularly various official bodies.

Various formalities will have to be executed. As the first step, you will have to check the statutes of the company in order to see if the former partners must give their approval for you to be able to claim the capacity of a partner or if this approval is granted automatically to you as an heir. As the second step, it will be useful to proceed to a general meeting to grant this approval and note the change of partner, as well as the statutory modifications that will need to be made.

All these formalities will have to be the filed in the Trade and Companies Register in which the company is entered and will certainly be subject to additional formalities (a public notice in a journal for legal announcements; an amendment form to be filled in, etc.).

[1] Article 6 : “Stocks or shares, state funds, bonds, unsecured or mortgage-backed credits and any other assets left by a national of one of the two states to which Articles 2 to 5 do not apply shall be subject to the following provisions:

(a) If the deceased was domiciled at the time of their death in one of the two states, such property shall be subject to inheritance tax only in that state;”