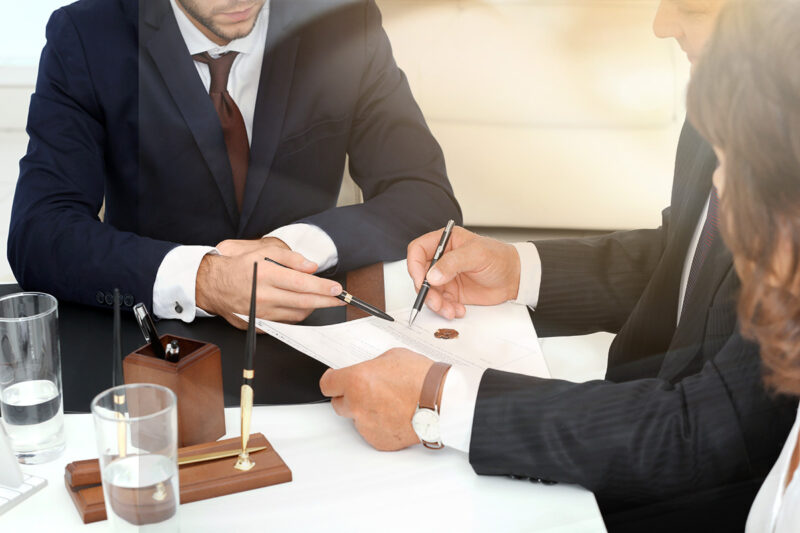 Thus, the first paragraph of Article 730 provides that proof of the status of heir is established by any means; it is nevertheless most often established by a deed of public identity in practice, as suggested by Article 730-1 of the Civil Code.

What is a deed of public identity?

The deed of public identity is the first document drawn up by the notary during the settlement of an estate, justifying above all the status of heir acquired by relatives of the deceased. This is indeed acquired at the time of death, but the entry into possession requires being able to justify this status with regard to third parties.

Thus, while not excluding other means of proof to justify one’s status as an heir, the deed of public identity is nevertheless the most widespread method because it is the most reliable, but also because of its compulsory nature in various situations, namely:

Under Article 730-1 of the Civil Code, one or more heirs of the deceased must request that a notary draw up the document; depending on the situation, this may be the surviving spouse, descendants, ascendants or collaterals, but the request may also be made by legatees, including those by particular title.

What documents are required beforehand?

Hand out your notary with your family record book (“livret de famille), your identity papers and proof of death of the deceased (“acte de décès”). If necessary, a marriage certificate and contract may also be required, as well as a possible adoption judgment and other documents concerning the existence of gifts.

The notary’s task is to establish the family relationship of the deceased, based on the statements of the heirs and any other witnesses. To this end, he will also carry out his own research on the basis of the documents provided. In addition, he will query the Fichier central des dispositions de dernières volontés to find out whether the deceased had left any dispositions of property upon death (e.g. a will).

How much does it cost?

The cost of a deed of public identity is 67.92 euros including tax, to which may be added other notarial fees, such as registration fees, disbursements, etc.

Do I have to intervene?

In principle, the successors who have requested that the deed be drawn up pursuant to Article 730-1 paragraph 3 must intervene. They state that they are entitled, alone or with other designated successors, to receive all or part of the estate in question.

In principle, not all the heirs have to appear, but the notary requests this in order to secure the succession.

In addition, under Article 730-1, any person whose statements appear to be useful in the event of doubt may be asked to intervene. This mainly concerns the genealogist, but also any other person, expert or not, whose statements could attest to the public notoriety, quality and inheritance vocation of the heirs.

What does the deed include?

First and foremost, it includes the signed declaration of the heirs, stating their vocation to receive all or part of the estate.

It also includes the death certificate that led to the opening of the estate, as well as the list of supporting documents useful for its establishment and listed above.
Finally, the deed mentions any marriage contract, contractual institution and last will and testament left by the deceased before mentioning the beneficiaries in detail: full identity and degree of relationship.

It will not necessarily specify the proportion of the rights of each of them, as the succession option has generally not yet been exercised at this stage.

What are the effects?

The deed is subject to a publicity measure mentioned in the margin of the death certificate, making it possible to prove the inheritance claims mentioned, until the contrary is proven. In fact, as proof of the status of heir is provided by all means, the notoriety act may be contested.

In any event, the beneficiaries mentioned in the uncontested deed of public identity are deemed to have free disposal of the property and funds making up the estate. In this respect, they can release sums held in the bank in the name of the deceased, collect survivor’s pensions and any other administrative claim (death benefit, widow’s allowance, for example).

The deed also allows for the performance of routine acts of life, such as cancelling telephone subscriptions or insurance policies, but also for the transfer or change of registration of a vehicle that belonged to the deceased.

However, the deed of public identity does not constitute acceptance of the estate.