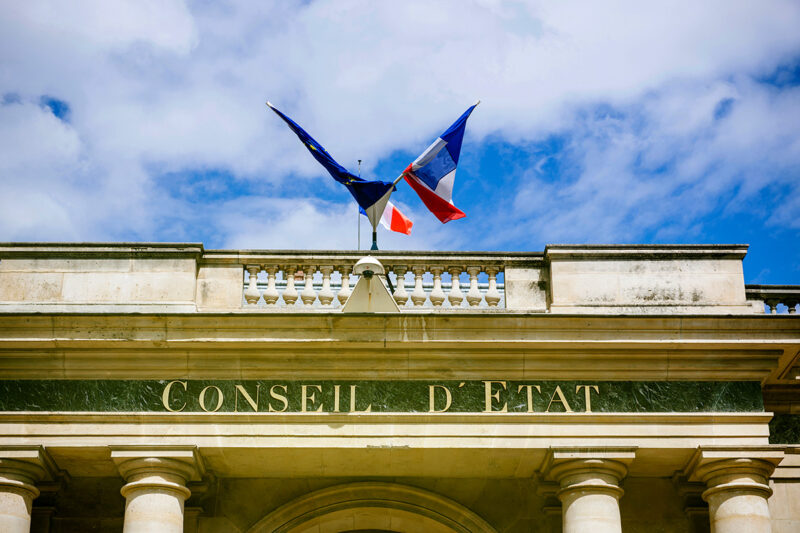 Article L 64 of the LPF states that the tax administration has significant power, since it is possible for it to set aside all acts constituting an abuse of rights, these acts are therefore not binding on it.

It is understood within the meaning of these articles that an act constituting an abuse of rights may be an act of a fictitious nature or an act established with the aim of seeking the benefit of a literal application of texts or decisions contrary to the objectives pursued by their authors, who would not have been inspired by any other reason than that of evading or reducing the tax burden, which the interested party would normally have had to bear if he had not established, passed or carried out these acts.

subject to the application of article 205 A of the general tax code.

For the record, the administrative doctrine (BOFIP), indicates, in its first paragraph (BOI-IS-BASE-70): that: “In accordance with the provisions of Article 205 A of the CGI, no account shall be taken, for the purposes of calculating corporation tax, of a scheme or series of schemes which, having been set up to obtain, as a principal objective or as one of the principal objectives, a tax advantage which runs counter to the object or purpose of the applicable tax law, are not genuine in the light of all the relevant facts and circumstances.

The tax administration is therefore equipped with formidable tools to unmask tax evasion. The State Council, in an important decision n°455278 dated 4th February 2022, published in the tables of the Lebon collection, came to weigh down the already well-armed arm of the tax administration, by judging that the tax administration always has the possibility of dismissing as not being binding on it certain acts entered into by the taxpayer, once it establishes that these acts are fictitious. The Council of State adds in addition that: “can also be based on the principle which has just been recalled to rule out acts which, seeking the benefit of a literal application of the texts contrary to the objectives pursued by their authors, could not have been inspired by any reason other than that of evading or attenuating the tax burdens which the person concerned, if they had not performed these acts, would normally have been supported in view of their actual situation and activities. »

In fact, what happened?

The company HAYS France seized the Council of State, by memorandum registered on 5th November 2021 in order to request the annulment of judgment n ° 20PA01481, rendered by the administrative court of appeal of Paris, dated 8th July 2021 , having dismissed its appeal against the judgment rendered by the Administrative Court of Paris, dated 29th November 2017, which had dismissed the company’s request for restitution of research tax credits, relating to the years 2011 and 2012 and whose amounts were respectively 678,581 and 824,837 euros.
HAYS France and its advisers had also requested the referral to the Constitutional Council of a priority question of constitutionality (QPC) relating to the conformity of the rights and freedoms guaranteed by the Constitution, of the current wording of article L 64 of the LPF.

From its first recital, the Council of State recalls the 3 conditions which allow the referral of a QPC to the Constitutional Council.

The 3 cumulative conditions for referring a QPC to the Constitutional Council are as follows:

Where appropriate, the Council of State has indicated in its 7th recital that the question raised is not new and that it is not of a serious nature, therefore the latter cannot be the subject of a referral to the Constitutional Council.

In addition, the Council of State indicated in its 4th recital that: “if an act of private law opposable to third parties is in principle opposable under the same conditions to the administration as long as it has not been declared null and void by the judicial judge, it is up to the administration, when a fraud is revealed that has been committed in order to obtain the application of provisions of public law, to defeat it even if this fraud takes the form of an act of private law. This principle may lead the administration to disregard private law acts that are enforceable against third parties and also applies in tax matters, as long as the dispute does not fall within the scope of the specific provisions of Article L. 64 of the Book of Tax Procedures which, when applicable, oblige the tax administration to follow the procedure they provide for.

Thus, outside the scope of these provisions, the administration, which can always dismiss certain deeds entered into by the taxpayer as not being enforceable against it, once it establishes that these deeds are fictitious, can also rely on the principle which has just been recalled to rule out acts which, seeking the benefit of a literal application of the texts contrary to the objectives pursued by their authors, could not have been inspired by any motive other than that of evading or mitigating the tax charges that the interested party, had they not entered into these acts, would normally have borne in view of their situation and their actual activities. »

In this decision of principle, the State Council ruled that private law acts that do not fall within the scope of Article L 64 of the LPF may nevertheless be set aside by the tax authorities as not being enforceable against them if the latter establish that these acts were fictitious, but also if these acts were carried out in order to seek the benefit of a literal application of the texts against the objectives pursued by their authors, which could not have been inspired by any motive other than that of evading or mitigating the tax charges that the interested party, if they not carried out these acts, would normally have borne in view of their situation and their real activities.

However, such a principle can only be invoked by the tax authorities in cases that do not fall within the scope of application of Article L 64 of the LPF.

For the Council of State, such a difference in treatment is not contrary to the principle of equality before public burdens and can be explained by the fact that different situations exist, provided that: ” the legislator bases themself on objective and rational criteria according to the aims they propose and that they do not place an excessive burden on taxpayers with regard to their ability to pay. »
If necessary, the Council of State recalls that: “the provisions of article L64 of the LPF and the principle in question govern different situations and are likely to have different consequences”.

This decision, which sets a precedent, is likely to have serious consequences for many taxpayers. that is: to guard against an administrative doctrine on the basis of article L 80 A of the LPF.

As a reminder, Article L 80 A of the LPF states that: “No adjustment of previous taxes shall be made if the cause of the adjustment pursued by the administration is a dispute over the interpretation by the person liable in good faith of the tax text and if it is shown that the interpretation on which the first decision is based was, at the time, formally accepted by the administration.
The same applies when, in the context of an accounting examination or audit or a contradictory examination of the personal tax situation, and when it has been able to come to a decision with full knowledge of the facts, the administration has taken a position on the points of the audit, including tacitly by a lack of adjustment.

When the person liable has applied a tax text according to the interpretation that the administration had made known through its published instructions or circulars and which it had not reported on the date of the transactions in question, it may not pursue any adjustment by arguing a different interpretation. The instruction, or circulars, published on tax collection and tax penalties may also be relied upon by the administration under the same conditions. »

Please note that the benefit of the provisions of article L 80 A of the LPF is not enforceable against the tax payer if there is an artificial arrangement, as recalled in a decision of the Council of State, n ° 428048 dated 28th October 2020, (CHARBIT vs. MINISTRY OF ECONOMY, FINANCE AND RECOVERY).

Or, when the taxpayer has previously questioned (in writing) the tax administration (rescript procedure) on the validity of the operation they wished to undertake and this before the conclusion of any acts and the latter has not given a ruling within 6 months. This procedure is provided for in Article L 64 B of the LPF which states that: “The procedures defined in Articles L 64 and L 64 A of the LPF are not applicable when a taxpayer, prior to the conclusion of one or more acts, has consulted the central administration in writing, providing it with all the information necessary to assess the true scope of this operation, and the administration has not replied within six months of the request. »